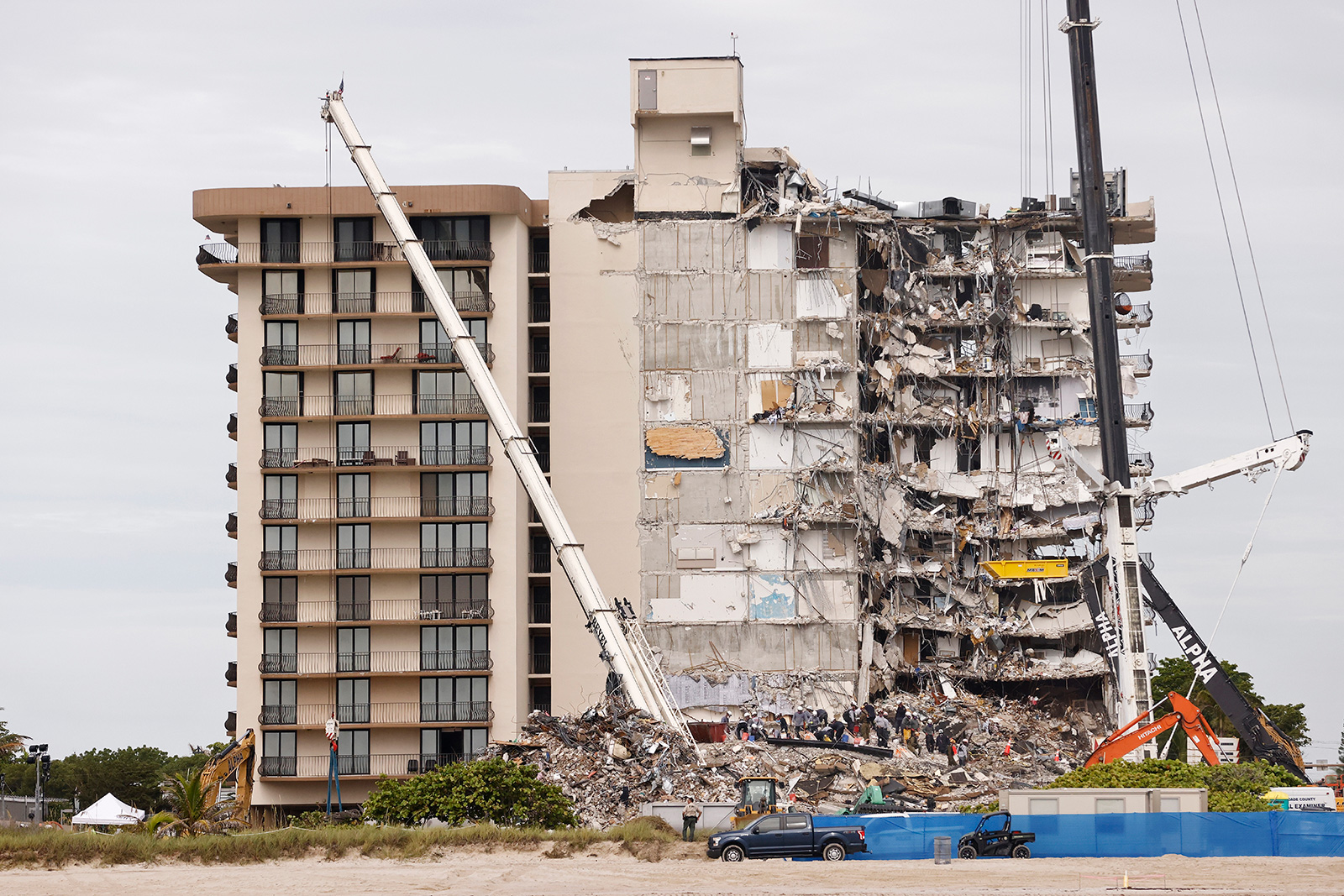 Almost a year after the tragedy of Champlain Tower South in Surfside, Florida, lawmakers have given their final approval on a new condo inspections and maintenance law that will help maintain their structural integrity.

The bill will now require condo association boards to set money aside in a reserve to cover future repairs and conduct studies every decade. After 30 years, buildings will need to be re-certified if they are three stories or higher, or are 25 years old and within three miles of the coast. Furthermore, every 10 years after that, they will have to be re-certified again. Currently the challenge is how to mandate reserves and maintenance to prevent any future disasters as this will cost condo owners more money, with many of them on fixed-incomes.

The first of its kind inspections is a significant change to the state’s condo laws, but safety must come first. As State Rep. Danny Perez, R-Miami, stated “moving forward, the structural integrity of a condominium will be reserved, they will be maintained, and they will be kept up to par so that future condominiums never have to worry about another Surfside taking place.”

‍Read more about what this bill means and how it can impact you below. ‍

Last year, David Karins, our CEO, participated in a working group helping to determine the proper recommendations that resulted in this bill. Seven of the state’s leading engineering and architecture associations gathered to prevent structures from collapsing.

Read more about his contribution here:

Ensuring the structural integrity of your property for the longterm means having an inspection and maintenance plan, and staying on top of repairs. Karins provides structural engineer services through the life cycle of your properties to protect investments, build the future, and restore the past.

TALLAHASSEE — In Florida, more than 2 million people live in condominium units. Soon, owners of those units will need to start thinking more about how to maintain adequate savings to pay for repairs to their aging buildings.

Nearly a year after the catastrophic collapse of Champlain Towers South in Surfside, Florida lawmakers on Wednesday gave final approval to legislation that will require condominium association boards to set aside money in reserves to cover future repairs starting in 2025. Current law allows them to waive the requirement.

“They are allowed to do that, and most of them are doing that today. They’re doing that because they are kicking the can down the road and not wanting the cost,” said state Rep. Danny Perez, R-Miami. “So moving forward, the structural integrity of a condominium will be reserved, they will be maintained, and they will be kept up to par so that future condominiums never have to worry about another Surfside taking place.”

The measure, which was approved by the House on a 110-0 vote and now heads to Gov. Ron DeSantis, would also require condo boards to conduct reserve studies every decade to make sure they have the resources to finance needed structural repairs. The proposal would also open up condo board members — many of them volunteers — to lawsuits if they ignore inspection requirements.

At play in Florida will be how to mandate reserves and maintenance to prevent tragedy and prepare associations who will need to make decisions that will likely cost homeowners more money.

“The compliance timeline is a few years away to afford an opportunity to smoothly transition,” the Senate sponsor of the bill, Sen. Jennifer Bradley, R-Fleming Island, said. “Additionally, the Legislature will remain engaged as condos and associations work to implement these changes.”

Bradley said she knows the changes to the state’s condo law will be a disruption to the status quo for many condos, but she says, “the safety of Floridians must come first.”

A response to Surfside

The condo reforms are in response to the partial collapse of a 136-unit building in Surfside last June that left 98 dead. An investigation is still ongoing as to what caused the building to crumble in the middle of the night. But in the wake of the tragedy, a debate emerged over the perils of postponing building repairs and maintenance in the face of escalating homeowners association dues.

At Champlain Towers South, condo owners were facing a $15 million assessment for planned structural, mechanical and electrical repairs on the building. Owners were hit with massive special assessments after they had postponed major repairs and argued over costs. The assessment was meant to cover the cost of Champlain’s 40-year recertification required in Miami-Dade County.

Only Miami-Dade and Broward counties and some individual cities require regular inspections of condos to ascertain their structural integrity. The legislation approved on Wednesday would impose statewide inspection requirements, a significant change to the state’s condo laws.

The bill would require that condos be re-certified after 30 years if they are three stories or higher, or are 25 years old and within 3 miles of the coast. Every 10 years after that, they would have to be re-certified again.

“The creation of a first-of-its-kind statewide system of milestone inspections for our aging condos and providing transparency and disclosure to local officials, unit owners, and renters are significant measures that will save lives,” Bradley said.

The changes to the state’s condo laws emerged on Tuesday afternoon during a special session that Gov. Ron DeSantis called to address Florida’s failing property insurance market. The deal came after months of negotiations between lawmakers.

Lawmakers were not able to reach agreement on the issue during the regular special session that ended in March. The Senate wanted to impose a statewide re-inspection requirement for aging buildings but not a requirement to hold money in reserves to pay for repairs, fearing that people on fixed incomes wouldn’t be able to foot the bill.

The House did not budge on that provision.

On Wednesday, Perez said the reserves provision was “the most important” part of the bill. House Speaker Chris Sprowls, R-Palm Harbor, thanked him for standing his ground, telling him that “people in the state of Florida are safer because of your efforts.”‍

Incoming House Minority Leader Fentrice Driskell, D-Tampa, supports the condo reforms and the reserves requirement. But she said she will be on the lookout to see if there are any “unintended consequences” if people are subjected to fees for repairs of their aging buildings.

Sen. Jason Pizzo, D-Miami, Senate Minority Leader Lauren Book, Bradley and Perez are planning on meeting June 16 to address questions about the application of the condo law. More details will be forthcoming, Pizzo posted on Twitter.

Driskell wondered if the new requirements could impact retirees.

“There are a lot of retirees living in these condos, and they have a fixed income,” she said. “While an additional $200 may not sound like a lot of money to some, that may absolutely be the margin of difference to others.”